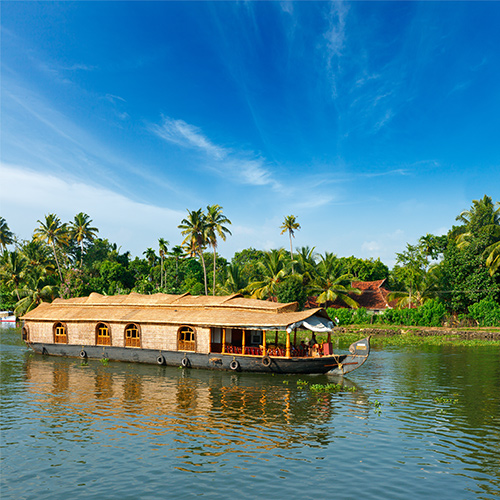 Kerala's interaction with outside world started way back in 3000 BC. People from far away lands got attracted to its spice-scented shores. Seafarers from far-off lands, like the Arabs and the Chinese were the first to establish trade links with Kerala. Visitors to Kerala still continued with the arrival of the Dutch in the 15th century followed by the French and the British.

Located in the South-West tip of India, the State called Kerala is flanked by the Western Ghats to its east and the Arabian Sea to its west. With an area of 39,000 sq km, Kerala has a tropical climate with two rainy seasons. The state has 14 districts and has a coastline of 575 km and is endowed with 41 rivers.

Popularly known as ‘God’s Own Country’, Kerala was selected by the National Geographic Traveller as one of the “50 destinations of a lifetime” and one of the “Thirteen Paradises” in the world.

Kerala is one of the few states in India to have a diverse geographical setting. The land features the cool, mist laden highlands with rolling grass lands and evergreen forests. The midlands are occupied by plantations of rubber, areca nut and pepper, while the lowlands has a predominance of paddy and coconut cultivation and the coastal plain dotted with fishing villages.